Our stores are now open island-wide! Click here to find your nearest store.
Enjoy FREE delivery with $35 or more spent. Find out more. 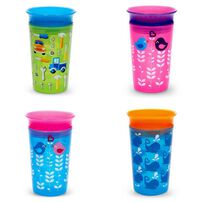 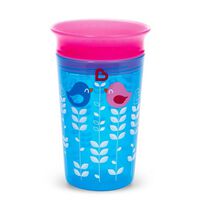 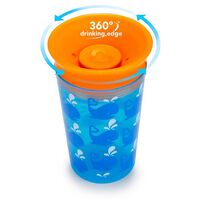 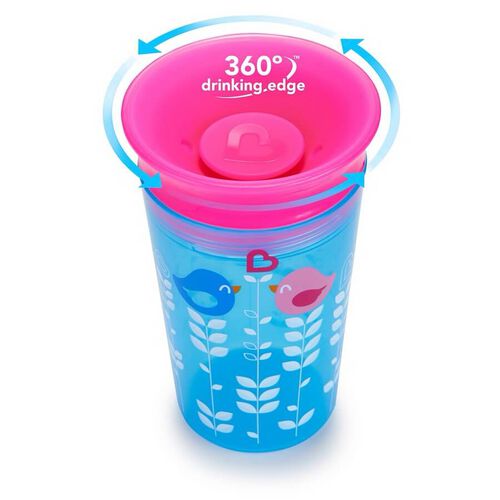 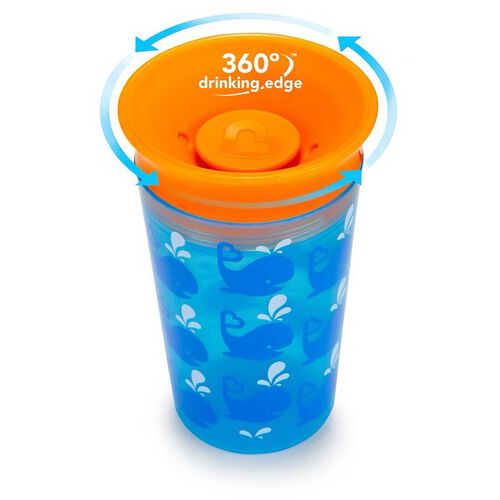 This product comes in different styles Which are packed at random. Each style sold separately

Let's face it: toddlers are a messy bunch, especially when first navigating sippy cups. Now imagine a world in which drinks didn't spill at all, not in your diaper bag, not on your nightstand, and not even onto your eager-to-learn child. No, it's not a miracle, exactly, it's Munchkin Miracle 360 Cup. The first sippy cup invented with both parents and kids in mind, the Miracle 360 Cup eliminates messes and supports kids' dental health all at once. Drinking from anywhere around the rim, like a regular cup, helps support normal muscle development in a child's mouth. And with no extra spouts, straws or pieces, the Miracle 360 Cup is easy to use and even easier to clean. We'll say cheers to that!

360 edge allows drinking from any side of the cup- simply tilt the cup and suck on the valve's edge.

Easy to clean with no extra valves or parts

All orders of $35 or more will qualify for Free Standard Delivery within Singapore by Ninja Van, otherwise a $6 shipping charge applies for orders below $35. Orders are generally despatched within 2 days upon ordering and up to 5 working days to get to your doorstep.

For bulky goods, our staff may contact you to confirm delivery arrangement.  Toys"R"Us Singapore only delivers within Singapore. We are unable to deliver PO Boxes, Parcel Lockers or Post Offices. We do accept orders from outside of Singapore for local delivery.

To be eligible for a return, your item must be unused and in its original condition, with original tags and/or packaging intact. Several types of goods are excluded from our return policy due to hygiene reasons, including but not limited to inner wear, baby products, teethers, consumables etc. All clearance items may not come in mint condition and are strictly non-refundable. Blind packs goods sold are strictly non-returnable or exchangeable.

Bonus Items in the event of product return, the redeemed bonus item must be returned in original unopened packaging along with the purchased product. Used and damaged items due to wear and tear are strictly non-exchangeable and non-refundable - there are no exceptions to this.

This product comes in assorted styles.

Unfortunately, it is not possible to request a specific style.

Please let us choose one on your behalf